If you watch the History Channel, you may have seen the UNESCO ads for Kalwaria Zebrzydowska, one of the listed sites in and around Kraków (Wawel is listed, too). You may even have wondered how the girl makes it to the end of the name without choking on her tongue, or teeth – that’s Polish for ya!

The name and the Kalwaria both come from a chap called Mikołaj Zebrzydowski who had been voivode of Lublin and Grand Crown Marshall* before becoming voivode of Kraków and Lanckorona in 1601. The story goes that on 1 December 1601 Mikołaj has a vision while viewing the hills and valleys from the castle in Lanckorona of what might be – a monastery and a trail of the Passions of Christ modelled on the Calvary outside Jerusalem. 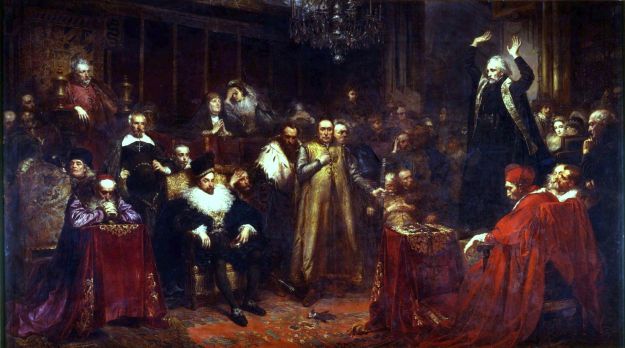 *Grand Marshal of the Crown (marszałek wielki koronny) was one of the highest positions in the Polish-Lithuanian Commonwealth, while the voivode was the governor of one of the Polish provinces (voivodeships). Mikolaj is the chap in the golden robe.

Kraków was, of course, the capital city of Poland, then the Polish-Lithuanian Commonwealth until 1596. 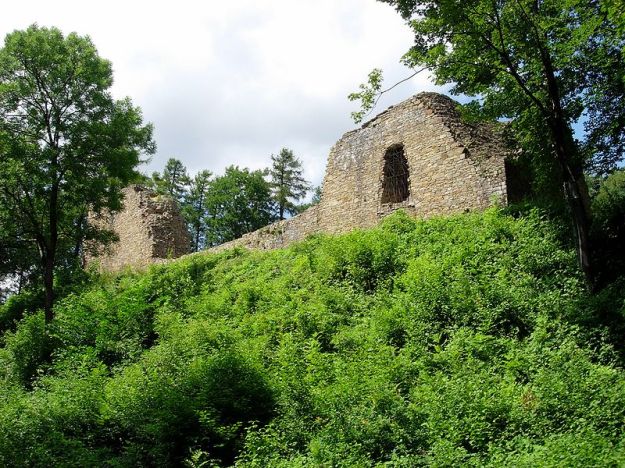 The castle at Lanckorona had been built in C14 on the orders of Casimir the Great (Casimir III), to protect the road between Kraków and Oświęcim. The town that grew around the castle was considered important, and had many of the same rights as Kraków. It has lost its importance, but the pretty wooden houses in the village centre are still an attraction to the many tourists who visit the area.

The church in the village also dates back to Casimir, to 1336.

A town grew around the Kalwaria, and today shares its name – as does the local rail station, which gets the prize for the longest station name in Poland … Kalwaria Zebrzydowska Lanckorona. It’s on the main line from Kraków to Zakopane.

The town, once known more for furniture- and shoemaking, is now a centre of pilgrimage. 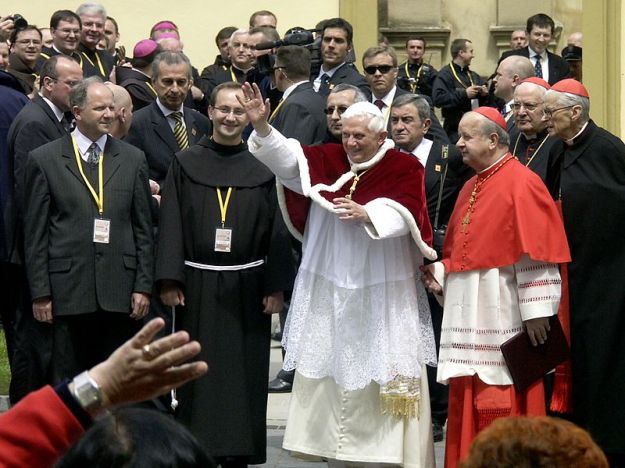 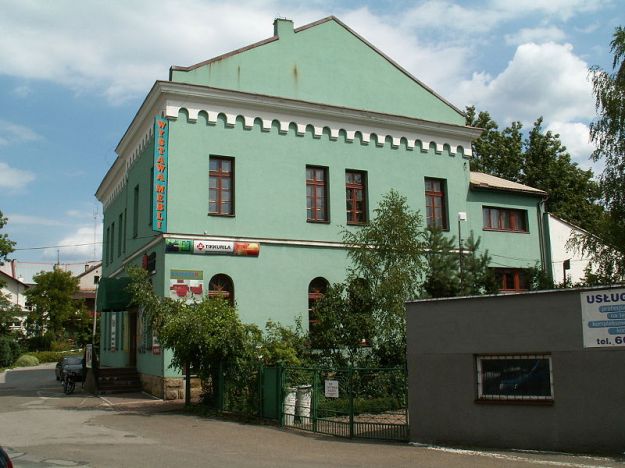 The synagogue in Kalwaria Zebr

Kalwaria Zebrzydowska was modelled on the 1584 map of Jerusalem. The main structures are: 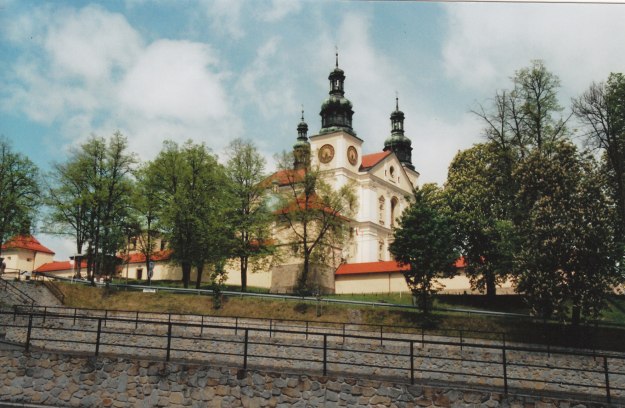 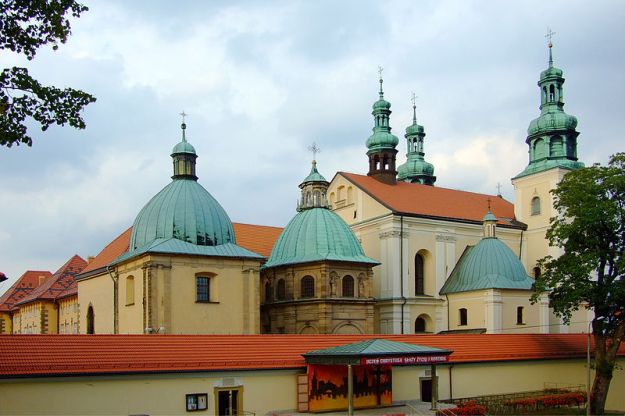 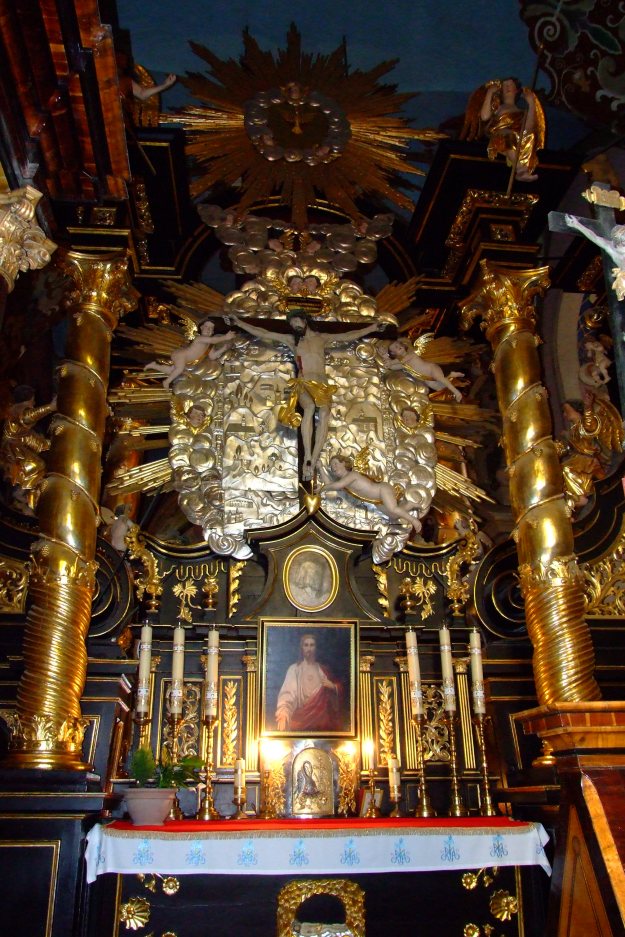 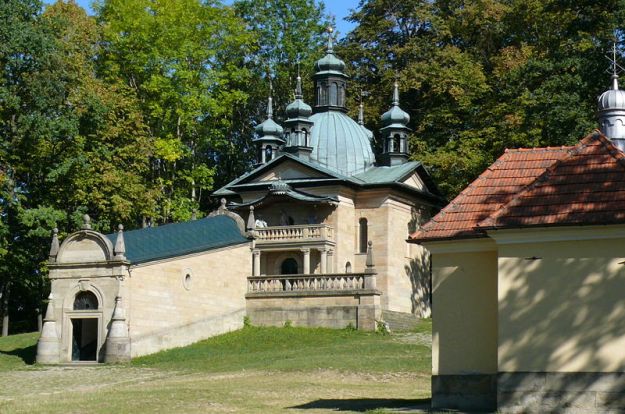 The Chapel of the Crucifixion, constructed between 1600-1601 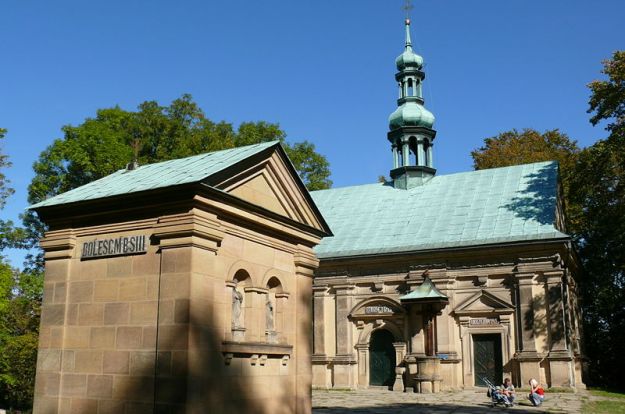 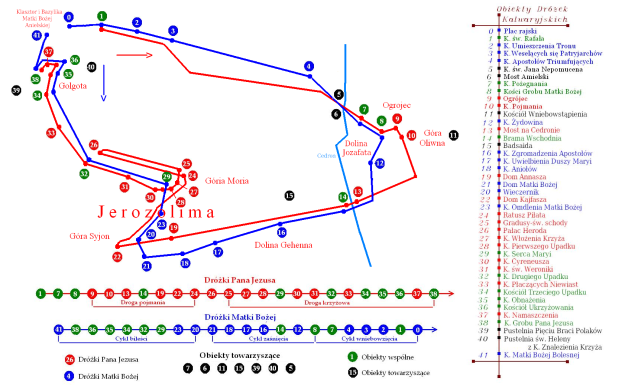 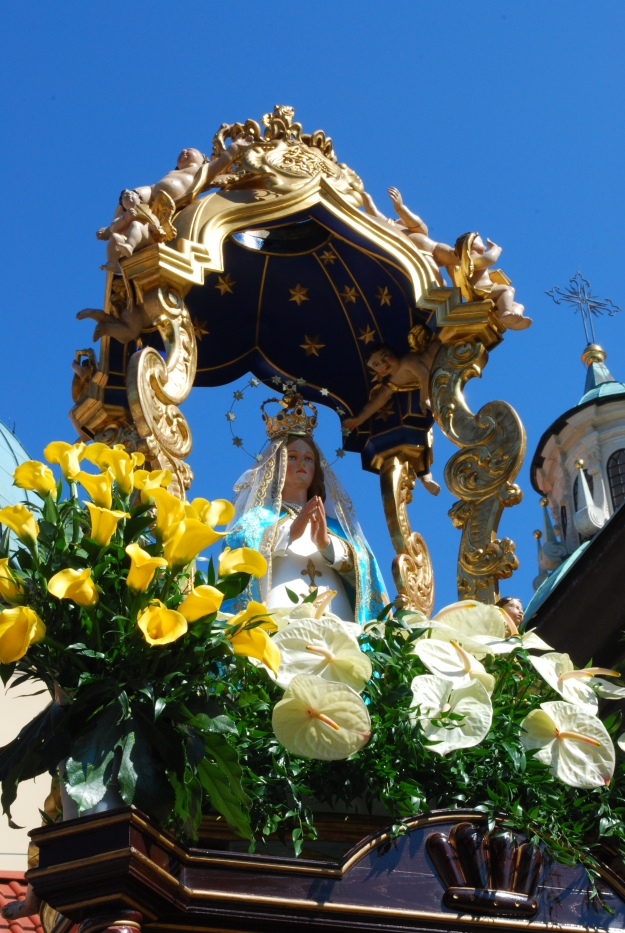 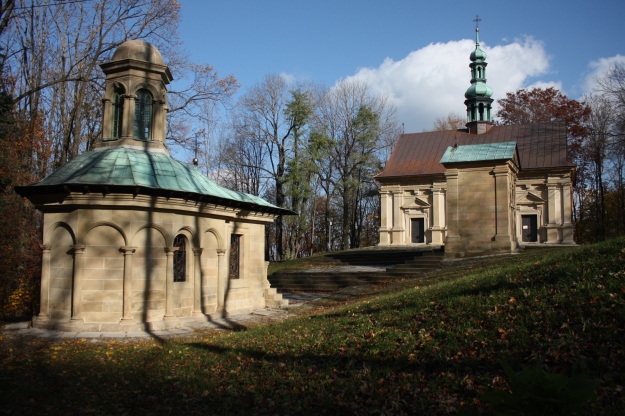 By car from Kamionka Wielka, take the road to Myslenice then up the E77 until you see the exit for Bielsko-Biała. Take the DK52 to Kalwaria Zebrzydowska.

Incidentally, Bielsko-Biała is worth a look. And equally incidentally, about 4km after leaving the E77 you passed our mechanic’s place. 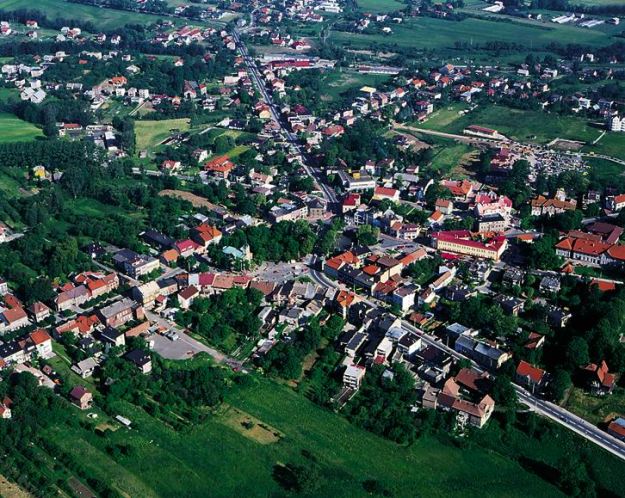 From Kraków, it’s down the E77 towards Myslenice, then take the Bielsko-Biała exit, then the DK52 to Kalwaria Zebrzydowska.

For trains and buses, head to Kraków Główny. You’ll find the trains (from Główny) and buses (from Kraków RDA) both take about an hour – it’s about 35km by road, 42 km by rail. Fare is about 6-12zł.