About arriving via Katowice

The comment is often made that it’s cheaper to fly into Katowice than Krakow. Is it really? Questions come to mind over the cost of onward travel and time.

Krakow airport is roughly 10km and ½ an hour from the main rail and bus station, which in turn are just a couple of hundred yards from the Old Town.

But, of course, some people’s destination IS Katowice or a Katowice flight is for some reason better for them. So …

Katowice airport is a bit under 40km north of Katowice, the city. There’s no direct rail service so your options for getting from the airport to the city are (a) hiring a car, if you need one for your visit, (b) taxi, or (c) bus.

The bus will be cheaper (~20zl) and slower, but FYI there are two companies offering a service from the airport into the centre of Katowice – the Airport Bus and PKM Katowice Buses. Plus any number of minibuses and transfer companies (some require booking in advance).

If the purpose of your visit is to go to Oswiecim, there are companies doing transfers direct from the airport to the museum.

There are companies offering transfers, minibuses etc from the airport to central Krakow. Check, for example, the times of WizzAir buses – and if you’re flying in on Wizz, they’ll be ideal.

Katowice is not without it’s attractions

Cheapest route will be to get the bus from Katowice airport to the main rail station and the train to Kraków’s main station. Work on a total getting close to four hours, mind! A direct bus will be closer to 2.5 – 3 hours. 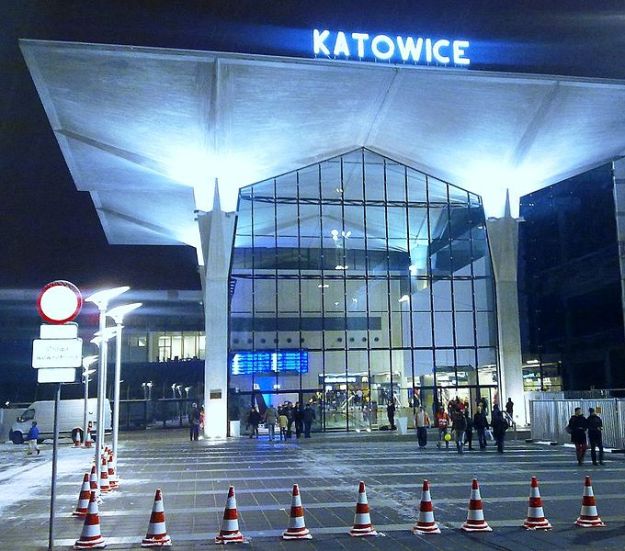 The buses and train are in competition, so expect fares to be roughly equal, at about 40zl.

Taxis and transfer companies will not be cheap – expect about 400zl for a saloon and more for a large vehicle (more seats). That’s per car, mind you.